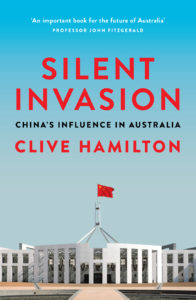 In January 2018, Australian Senator Sam Dastyari of the Labor Party resigned. It was the culmination of a year-long scandal involving foreign donations and influence peddling. In his support for China’s claims in the South China Sea, Dastyari disagreed with the China policy of both the government and the Australian Labor Party. It was revealed that Dastyari had accepted money from Huang Xiangmo, a Chinese businessman with links to the Chinese Communist Party.

In response to the scandal, Prime Minister Malcolm Turnbull proposed a new law that would limit foreign influence in Australian politics. Beijing has responded by claiming that the legislation is motivated by “typical anti-China hysteria”. The issue has sparked a much larger discussion about Chinese Communist influence in Australia: whether it exists, and how it is manifested. While the debate in Australia has been particularly animated, similar questions have arisen in other Western countries, such as Canada and the United States.

Clive Hamilton, professor of public ethics at Charles Sturt University, steps into this debate with his book Silent Invasion, which attempts to show that the People’s Republic of China aims to infiltrate and undermine Australian democracy to create a country more in line with Chinese interests.

This is an excerpt from a book review of Silent Invasion: China’s Influence in Australia published in the Asian Review of Books on May 9th, 2018. The review can be found here.

← “The art form of the future”: an interview with Neal Goren