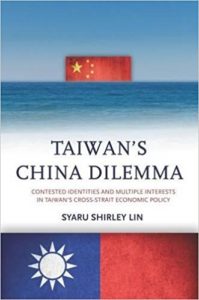 A few weeks after her inauguration, incoming Taiwanese President Tsai Ing-wen of the Democratic Progressive Party said that Taiwan would be re-evaluating its trade links with the Mainland. This was expected after the student-led Sunflower Movement had resisted attempts by the defeated incumbent, Ma Ying-jeou of the Kuomintang, to pass further free trade agreements.

At first glance, this makes sense. The DPP is pro-independence while the KMT still supports the “One China” principle. Thus, one would expect each party’s attitude towards political unification to be correlated with their attitudes towards trade: the KMT would be pro-trade, while the DPP would be anti-trade.

However, the trade policy of each party has been inconsistent. At different points in Taiwan’s democratic history, the KMT and DPP have both supported and rejected closer economic relations with China. Nor is the debate about trade particularly focused on security—President Tsai Ing-wen mentioned that her reticence with trade with China was due to economic—rather than geopolitical or security—concerns.

This is an excerpt from a book review of Taiwan’s China Dilemma: Contested Identities and Multiple Interests in Taiwan’s Cross-Strait Economic Policy published in the Asian Review of Books on September 28th, 2016. The review can be found here.