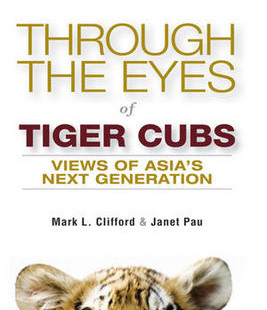 Through the Eyes of Tiger Cubs: Views of Asia’s Next Generation by Mark L. Clifford & Janet Pau [Book Review]

When trying to discern Asia’s future, perhaps the group whose viewpoints should be most sought after are those of Asia’s young. This is the group, after all, who be living that future. (I admit, in full disclosure, to being one of them.)

Through the Eyes of Tiger Cubs is one of the results of an essay competition jointly organized by the Asia Business Council, Time Magazine and the Lee Kwan Yew School of Public Policy. The competition solicited essays from writers under thirty-two, on the topic of the major challenges that Asia would face in the coming decades, and ideas for possible solutions.

This is an excerpt from a review of Through the Eyes of Tiger Cubs: Views of Asia’s Next Generation by Mark L. Clifford & Janet Pau, originally published in the Asian Review of Books on January 29th, 2012. The full review can be accessed here.

This article was reprinted in the Jakarta Globe under the headline “Tiger Cubs See Asia’s Future Through a Western Lens” on February 1st, 2012. The article can be accessed here.