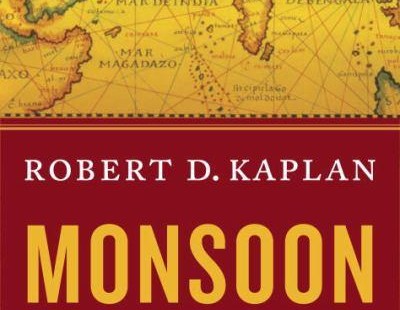 Monsoon: The Indian Ocean and the Future of American Power by Robert Kaplan [Book Review]

For 800 years, the lines of global commerce did not lie across the Atlantic or Pacific Oceans, but between the various communities bordering the Indian Ocean. Arab sailors created a network of trade routes fanning out from the trading sultanate of Oman to the eastern coast of Africa and as far as the Indonesian archipelago. These traders not only transported goods, but also their culture: Islam was spread to Zanzibar and Indonesia in Arabian dhows. This was globalization in the pre-modern era, superseded by the Atlantic and Pacific Oceans a few hundred years ago.

In Monsoon: The Indian Ocean and the Future of American Power, Robert Kaplan argues that the perceived diminished significance of the Indian Ocean is a historical anomaly, and its growing importance in recent years is merely the region reclaiming its former commercial and geopolitical stature. Kaplan takes his readers on a journey that starts in Oman, the old trading kingdom of the Arabian peninsula, through India, Burma and Indonesia, before looping back to explore the African coast in Somalia and Zanzibar. Kaplan describes each stop in a synthesis of political analysis, historical explanation and awestruck travelogue, and develops his prescriptions for American policy independently for each chapter.

This is an excerpt from a review of Monsoon: The Indian Ocean and the Future of American Power by Robert Kaplan, originally published in the Asian Review of Books on January 28th, 2011. The full review can be accessed here.

← The Mao Case by Qiu Xiaolong [Book Review]
Through the Language Glass: Why the World Looks Different in Other Languages by Guy Deutscher [Book Review] →